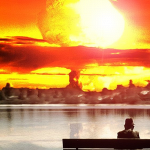 aka A Slightly Larger Deal Than Average

Think I'll throw a couple of my Serlendor units in there too.http://warhammer40kfanon.wikia.com/wiki/Kashidaan_Cluster#SerlendorBrowncoatMando (talk) 03:31, April 13, 2016 (UTC)

Ah sorry it took a while to get back to you, Exile Sector itself is ceeertainly keeping me busy along with work. But yes, you are certainly free to make a Freeblade based of an Exile Sector Knight House, just be sure to link it to the respective House of origin once the article proper is up. Thanks for reading the page btw!T42 (talk) 08:00, April 24, 2016 (UTC)

As long as it doesn't contain any junk code, sure. A few pages use custom presentation like the Whisper Dragons. KhalaelMy Talk 02:32, May 9, 2016 (UTC)

had planned Riga Binary as a fleet battle in King's(yet to be written) Mazul system in the Nerio Sector(fighting Battlefleet Medici {want one of mine to cut one of yours in half with a successful ram} sometime in M39). The other, Circonnae was a land clash against several Kashidaan Cluster units, figured the Amphra are the agressors in both

note: the wounded Medici ships have to survive, they were lost to Hive Fleet Erebus in 745, good start though. If you want to make up a couple and blow them up, ok by me, just not the ones I refer to in the fleet section of the main article ok by me if you want to chew up said ships, just don't destroy them. also noticed you kept my naming convention in place. Amarante- tells me he's a noble and tells me you paid attention. Thanks for that.BrowncoatMando (talk) 04:25, June 5, 2016 (UTC)

If you want Khazamga Rough Riders too(noticed you linked to the 1st Rough Riders) I can think of a couple to give you- what I had planned on was an Infantry unitBrowncoatMando (talk) 03:24, June 17, 2016 (UTC)

Could I make another couple requests? regarding the Khazamga- could you include a guy in the Rough Riders named Rawalputra Singh who rides at full speed(80kph roughly 55 mph)  under some Cancridrae warbeast with his lance pointed upward, slicing its guts open and it collapsing behind him?

for the 7th Infantry could you include a pair of Sentinel Drivers(they use the Armageddon Pattern) end up in a running fight with Cancridrae armor or warbeasts and end up winning? names at your discretion- think you know the conventions I used. BrowncoatMando (talk) 04:32, August 29, 2016 (UTC)

Been doing some work on the Xenocide- gave you some more battles. I'll leave a lot of the behind the scenes stuff/ Warmaster's staff stuff to you. BrowncoatMando (talk) 02:45, September 5, 2016 (UTC)

just skimmed the Amphra again- had a thought... what if Squidbats are basically what they sound like?  A batlike creature(wings but no fur) with multiple eyes and  tentacles around its mouth? Favor sea caves and hunt like Cormorants, diving into the water to catch fish. as to a battlefield purpose thinking swarms of dozens or hundreds of them, roosting inside imperial structures with armed incindearies or injecting a flesh dissolving toxin via a bite.

Also thinking the monster that gets its guts sliced open is a big spider/crab thing(Mumakil scaled version of a Japanese Spider Crab) also-  change the bit with the Barnica having three legs- nothing in nature has three legs.

Also- maybe Greyspine Stalkers are some sort of squid wolf thing? might be distantly related to the Squidbat as it hunts the same way but also eats seabirds. Kinda thinking Sammael from Hellboy except on all fours. The largest examples have shoulder and back spikes- hence the name.  BrowncoatMando (talk) 22:26, September 10, 2016 (UTC)

How we doing this? Remos was concerned our writing styles are too different for it to work- so maybe I can lay the groundwork and you can build on it, edit to match your style a bit more?

Blog Comment Reply, not sure if you got the reply

HI, thanks for your input. Now before I start changing the page for the better, i would like to explain stuff to you.

1. I am planning to get rid of the xeno tech section and their gene-seed, as mentioned in the page, was already mutated prior to Makhal's decline, but the genetic code for the mutation had laid dormant for years. Further more, I just added the suspiscion of mechanicsu because I previously thought that they worshiped a mechanical being and that the necrons are mechanical beings so 1 +1 = 3?

2. Sorry for the confusion regarding the sections. New to wiki, and 40k.

3. Yeah, I noticed that it's all over the place.To clear things out, their homeworld is not where they come from. It's simply their home, a place of refuge and sanctuary. As the recruiting section stated, the recruits are gathered from all over the segmentum. Regarding names, I suck at naming things.

The deletions are ok by me Things- I'd always intended to be a foundation for you to build on- I'm good at ideas, not always so good at execution. thank you for keeping my hard work as well. nice to have you back.BrowncoatMando (talk) 05:45, December 3, 2016 (UTC)

just wondering- how much of my work do you think you can use? pretty clear that you want Marik Appolyon as overall Inquisition Commander but perhaps you can still use Samara Beyale(I meant to be the daughter of Wolfram Beyale- who I decided was the guy to declare the Amphra Xeno Horrificus) hope you can work with at least some of it. Again- I intended to be a foundation for you to build on and I hope I left you a good oneBrowncoatMando (talk) 05:40, December 5, 2016 (UTC)

what did we discuss regarding Admech big shots? I can use parts of it like the stuff at Alera and the internal stuff between the Amadors and Lord Admiral Amarante(not within precedent, stuff like this seems to breed rivalries- you ok with the idea of Nadia Vetrone?) also Jairutra, Operation Whipcord, some of the other stuff but I'll leave a lot of it up to you.BrowncoatMando (talk) 05:30, February 4, 2017 (UTC)

who are you thinking? if you're going to do one on the Warmaster talk to King since the Mazul Primus Guard was his idea.  You wanna do anything with my characters go ahead I just ask that you check the lore on their respective homeworlds/units. PLEASE do something with the Dagger Dogs/the Ionian Dragoons(maybe give them a Beersheba moment?  the uniform I designed is based on Australian light horsemen from WW1)

You free on Sunday afternoon? Thing you me and King need to talk and work a few things out geography-wise for Mazul/Cncridrae turfBrowncoatMando (talk) 06:38, May 27, 2017 (UTC)

I have a unitunit fighting Hereteks, need a place for it to happen- is it alright with you if I use the  Phantasmagorians  and set the battle in question in the Periphery? BrowncoatMando (talk) 20:27, May 28, 2017 (UTC)

http://warhammer40kfanon.wikia.com/wiki/Mazul- may be of interest to you, think it's fairly close to Amphra space but I;d have to ask King to confirm(neither of us has been particularly active these last few months)BrowncoatMando (talk) 07:19, December 8, 2017 (UTC)

It's been more than a week and I just wanted to remind you that the WItch Hunt RP has been updated. If you can't participate any longer, please let me know.

Shadows of the Periphery RP

Hi. I've never participated in these forum RPs, but I could try now. How fast these things usually are? I have some DH rulebooks in my possession, should I create character based on them or just come up with something? --Remos talk 14:03, June 21, 2018 (UTC)

Do you have a map for Periphery? I could make one similar to Media:GregoraSectorMap.jpg for Periphery if you like. I'd need a paint-drawn layout for it. --Remos talk 08:44, June 23, 2018 (UTC)

Here's the most recent one. Did you have in mind what is van Dragen-Beyale's crest? If not, I can take artistic freedom for that one too. About the current image, there's three crests on the left (Iron Praetors, Clan Topor, Emperor's Chosen) and on the right battlegroup Alfa (alfa on side with a dagger within), Beta (beta with twelve diamonds, one for each regiment in that battlegroup) and Gamma (stylised gamma letter). There's the names of the Cancridean Xenocide's leaders in coptic letters around the map itself and there are four portraits, each depicting one of the major leaders in Xenocide campaign, top left van Dragen, bottom left Antiochus, top right Wolfram Beyale, bottom right Salian Amarante.

Hi ST. Listen, do you mind if I make my character's entrance a little bit different? I just see him more like a hired personnal rather than a recruited induvidual.

Cool. But what exactly do you mean by the word "seedier"? As in I have done some jobs in the sector prior to the coming of this warband? I want ot be sure about this.

Why not both? Anyway, let us start the rp!

Hi ST. Shouldn't Maxus know where they should be heading? Drop me so data, if you can.

Sure- why not? btw, Nerio includes the Kashidaan Cluster(eaten by Hive Fleet Erebus in 745 The Nerio System seeBattle for the Nerio System and its connected to the Exile Sector House Wahrheialte and your stuff. Don't need everything but something to keep in mind.--BrowncoatMando

I dunno about opening it to everyone... maybe we open it just to people who contributed to The Xenocide and actually have some idea of who they are? in any case- I've got a few ideas already. --BrowncoatMando (talk) 03:21, December 12, 2018 (UTC)

I have had an impression that the individual heretek magi have their personal markings they place on their daemon engines, but honestly I don't know. I don't think it would be absurd, did you have some in mind? --Administrator of the Warhammer 40k Fanon, Remos talk 23:34, May 16, 2019 (UTC)

Just so you know; we are continuing the Chaos Hunt RP.

Retrieved from "https://warhammer40kfanon.fandom.com/wiki/User_talk:StrangerThings?oldid=261745"
Community content is available under CC-BY-SA unless otherwise noted.