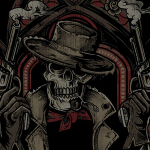 An interesting idea. Though I am curious about why they want to impose order. It is sort of counter to the forces that brought them into existence isn't it? I am your master! At your service. (talk) 00:30, February 27, 2014 (UTC)

About the idea you posted to Supah, could it possibly have any relation to the Angel or could you possibly like to read the angel for a bit of insparation or motivation?

^in my oppinion the Angel is overpowered but a concept that is enjoyable. We going out tonight to kick out every light, We're going til the world stops turning as we burn it to the ground tonight (talk) 02:57, February 27, 2014 (UTC)

The Angel is labeled as a weapon but it really is a massive Emperor made Daemon engine that concluded that all of humanity would betray the emperor and thus had to die...funny fact all of humanity serves chaos by feeling emotions so thus it was right.We going out tonight to kick out every light, We're going til the world stops turning as we burn it to the ground tonight (talk) 03:05, February 27, 2014 (UTC)

I have one question. These things aren't supposed to be good right? After all the first rule of 40k is respect the Grimdark. The closest any character or faction should get to good is "Well meaning but misguided". A little piece of advice just in case you didn't already know it. I am your master! At your service. (talk) 03:14, February 27, 2014 (UTC)

hey if you are on right now could you hop on chat so ghost and i might talk with you bout our colab, or if you are unable can we arrange a time so that the lot of us might talk? Allow me a demonstration. This is your body...WITHOUT FIBER! (talk) 02:45, November 14, 2014 (UTC)

hey ghost and i would like to see if we can get the colab started in the next couple days, if you could get on so we can finish the final details, when you get a chance, or PM with us if your unable to get on it'd be highly apreciated. Allow me a demonstration. This is your body...WITHOUT FIBER! (talk) 22:32, November 19, 2014 (UTC)

All images need to be placed under appropriate license and categories. Meaning that your files Igneous Contour.jpg and Red Consuls.jpg need this in their description page:

Hey, now about the collab chat. I don't know whether (can't spell) you mean this chat or the "vox relay" if it's this chat that's fine but the vox relay never works for me as I use my IPad for this rather then a laptop unless what I'm doing requires it so yes. Other then that I have had a few ideas.

1. The Britisher are counter attacking and seizing the moment of the Atescrakh attack on a Imperial world. The segmentum command orders this as it will seize a beach head world against the whole legion.

2. The Britisher are sent there to rescue a Inquisitor of the Ordo Xenos who has some special Intel on something. The Inquisitors ship is attacked by the Atescrakh when it drops outta warp due to a shield fault.

3. The Imperium wants the world for the beach head (same as number one its just you get more troops to be turned into scrap metal)

Now I don't know if you wanted this to be a fringe world mentioned in the page for your Crons or a random one.

Sorry for the late reply, but yes scenario one is agreed. If you wish for the imperiums victory to be pyrrhic that's okay. I will discuss terms. What did you have in mind?

So like I said, here is the recruitment thread: http://warhammer40k.wikia.com/wiki/Thread:59964

You will go there, and present you character's profile. This is what the profile must contain: Name, gender, age, career, hair colour/structure, eye colour, height, weight, skin colour (Caucasian, Negroid, Mongoloid and Australoid/Australian), languages (not necessary), Psychic Powers, gear/wargear, background story (2 or 3 paragraphs).

After that, me and the crew will welcome you to the RP. We are currently waiting for our "Rogue Trader" to write down his profile. So I've been lucky to recruit you before we've started the RP.

And this is the thread were people can leave their out of character messages: http://warhammer40k.wikia.com/wiki/Thread:60411#9

Hey Anutk! The RP has started. Go to the RP thread that I have left you in my previous message. Our "Rogue Trader" has returned and will adress you with a speech, you will react with the others.

alright i've done something i think, you'd like for Jovia in the Sea of Fallen Stars, and in a way a nice little story bit.

this covers a nice portion of the Jovian history that lead to "why they are like they are today." as well as giving a little bit of creative freedom for us to tie them further into the Sea. Allow me a demonstration. This is your body...WITHOUT FIBER! (talk) 05:00, March 18, 2015 (UTC)

going into a bit with the jovian history that leaves a great oppening for combat against one of the xeno races. just tell me which ones i should go against and i will write the conflict up. Allow me a demonstration. This is your body...WITHOUT FIBER! (talk) 17:20, April 26, 2015 (UTC)

seems we've missed one another. but quick summery of what's happening, new Fabricator General deciding that the best way to secure the loyalties of his Archmagi and to scare any Imperial nobles into rethinking any hostile stances towars Jovia would to be to lead a war expedition into xeno territory and claim all the technology he can. Allow me a demonstration. This is your body...WITHOUT FIBER! (talk) 16:16, April 28, 2015 (UTC)

I was thinking some sort of excursion into the Sea of Fallen Stars by the Revealers, most likely chasing some other foe, only for them to end up facing the Great Tide in a bitter and lengthy campaign. Catchphrase? What catchphrase? (talk) 22:53, May 27, 2015 (UTC)

yeah the idea i had for him was pretty great but i just sort of forgot him honnestly.

Calyx was supposed to basicly be Nurgle's whipping boy, doomed to forever be searching for something he can't quite remember but once loved and always just sort of appearing then disappearing going from doomed host to doomed host. Allow me a demonstration. This is your body...WITHOUT FIBER! (talk) 03:27, July 7, 2015 (UTC)

just a head's up. if you do write for the Blackwater Rifles they should fight alongside theAkoni 3rd Drop Infantry those 2 units are really close- been that way since Nightshores--BrowncoatMando (talk) 05:09, August 13, 2015 (UTC)

Retrieved from "https://warhammer40kfanon.fandom.com/wiki/User_talk:Eye_of_Anutk?oldid=194669"
Community content is available under CC-BY-SA unless otherwise noted.