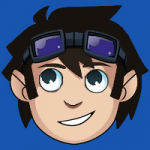 Welcome to my talk page! Leave a message if you need anythng, and I will get back to you. Happy Editing!

Your recent article, Space Hornets, was tagged for being under our three paragraph length requirement and for lacking sufficient categorization. If you have any questions ask me or another member of the community.--Victory is to survive and death is defeat! 19:36, September 28, 2016 (UTC)

Proofreading is to examine something for spelling and grammatical errors - which the article had a number of - and yes if the problems were corrected the quality issue tag would be removed.

In case you didn't see my message on your Sandbox talk page...thought I'd throw a couple ideas your way. Since your Chapter primarily uses echolocation as a means to 'see' when on the field of battle, and since you mention that they "...removing any image displays from their armour and equipment in favour of noise-based one", I thought perhaps, that this has enabled to Dread Echoes Astartes to communicate far better through the use of their 'echo-cant' than with mere words, thus, they Chapter would rarely use their conventional battlecry. I also thought it would be cool to do a modified helmet with no optic lenses! It would definitely be visually unique. With their silent, coordinated movements, along with their blank-faced helms, all of this would contribute to their otherworldly image, inspiring fear in their enemies and unnerving respect amongst their allies. Just food for thought. I'll throw up a rough draft soon.

Thought I'd throw some logo ideas at ya. Which one do you like?

Hey Dragonfelder, here's a couple more designs I did for the helmets. Let me know what you think?

Sorry, my computer hates this wikia and doen't like me doing anything involing articles. It does werid things alot. Orkiod Inqusitor (talk) 22:27, June 5, 2017 (UTC)

Sorry for the extremely late reply. With regards to the Knights Optimum, changing them to a 7th Founding Chapter would probably be best, though if you're simply going for an early Founding, then anything strictly after the 2nd (excluding 5th and 6th) will do. As for leaving the Unforgiven, I don't know enough about Dark Angels and their successors to know whether or not this is possible, but my uneducated assumption is that it is.

I think it's an excellent idea to bring back your Kepher Hounds and make 'em a Primaris Chapter. Always saw some cool potential with these guys, and thought that they should be utilised in some form. Now that we have the Ultima Founding, they can finally be brought into the limelight. Some advice..ensure you take a look at the map of the Great Rift and the current state of the galaxy. As you'll notice a good portion of it goes right through the center of the galactic map from the Eye of Terror all the way to the Eastern Fringe. I would suggest, perhaps, making your Chapter a fleet-based Chapter for the time being; more mobile, not tied down to any one world, don't have to deal with Imperial politics, ect. But keep in mind, you can totally make a Chapter home world. I would just place it somewhere to the edge of the Segmentum Obscurus, to help take the fight to the Forces of Chaos. Would make both an excellent recruiting ground for potential Astartes, as well as a great place to stage various strike forces and campaigns against Chaos.

Also, I had an idea that I wanted to run by you. As you may or may not know, both myself (Dusk Howlers), my brother Achilles Prime (Crimson Prowlers), and Urthan (Dawn's Wolves) are all currently working on similar Space Wolf-themed Primaris Chapters. My proposal - to create an unofficial collective made up of Ulitma Founding Space Wolves' Successor Chapters, all of which are of like-mind and temperament, to wage an eternal war against the Traitor Legions and those who would make truck with the Ruinous Powers.

These Primaris Successor Chapters were basically created as one of the first of many Successors; a whole line of descendant Fenrisian Chapters - the 'Sons of Russ' - capable of carving out a star empire the size of Ultramar. This is the vision: to be powerful enough to encircle the Eye of Terror completely, to prevent the Traitor Legions from daring to leave it ever again. I wanted to know would you like to be a part of this collective? Also, if you don't mind, I would like to make some artwork for Chapter which I'll have done in a few days. So stay tuned. Just let me know if you need anything. Talk to ya later!

Yeah man, sounds good to me. I take it, one of the character in question that supported this plan, in none other than one of your first Primaris for your Chapter? ;-) Yeah, go ahead and do a write up in your Chapter article about this and I'll be sure to add it to the SoR Article. Keep them ideas flowing.. Øjar va Russ! Leman Russ!

yes you can leave the Unforgiven but but this means that you will be cut off from all Unforgiven and be a part of the Forgotten which are Unforgiven who have done something like not following orders from dark angels when regarding the Fallen.

I'm sorry it took me this long to answer. Images which don't adhere our current image policy are being removed slowly but surely. If you wish to upload, or save your uploaded images, please follow the instructions laid out in image policy. --Administrator of the Warhammer 40k Fanon, Remos talk 10:29, September 30, 2018 (UTC)

Retrieved from "https://warhammer40kfanon.fandom.com/wiki/User_talk:Dragonofelder?oldid=257144"
Community content is available under CC-BY-SA unless otherwise noted.