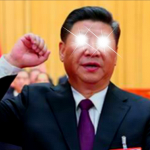 Discussions Moderator Chat moderator
2,728 Edits since joining this wiki
May 13, 2011

Please put a heading for each topic you wish to discuss. For example, say you want to talk to me about an Eldar weapon, put the heading "Eldar weapon". If you would like to discuss matters that are already here simply put it under earlier messages. To trolling/flaming, for I shall just ignore them. Remember to be civil. Thank you.

Hey you remeber that quote that Cutler Kar left Enigma? He shouldn't know that he's a Lacrymole. Nobody knows that Enigma is a Lacrymole, as it's extremely careful about protecting it's identity. 40kfan (talk) 23:14, May 26, 2014 (UTC)

Order of the Wounded Heart

I have no problem at all with somebody proofing me, I tend to typo when I get into something and I am lousy at spotting errors - I see what I meant to write not what is on the page. That said I am an American and so I would argue that 'armor', 'fervor' etc are correct spellings :) and I think 'Medicae' is 40k for EMS.Kadjah Thoris (talk) 19:47, May 28, 2014 (UTC)

A right off the bat thought for the biologist opening would be a heretek who was drawn into the retinue back in the day, whose heresy is using Nid DNA for splicing in attempts to create biological weapons. He currently is bitter having a mental inferior in control of his section but he is largely ignored and left to do as he pleases.

The tech section is a little trickier to do as there are a lot more possibilities. However as a Mangos Exploritor this individual would be less scientific and more a mix of Maintainer, archeologist, and military commander. If I wrote him he'd be capable of userping control of the gun servitors, or have control of some higher level Admech weapons tech to experiment with IE some Thallaxii or some Automata. His background would have to be a secret seperation from the exploritor fleets most probably he was being discovered as a heretek and escaped with "Inquisitorial" priority. Allow me a demonstration. This is your body...WITHOUT FIBER! (talk) 02:21, May 30, 2014 (UTC)

Yeah I realised that was a bit unrealistic, but my guy is simply being a dick. Feel free to change the quote or whatever

Radriar was just commenting on how much they love Xeno's tech, after all he is a supplier of all kinds of goods and services, however cheap they may be.

Sure mate, I'll deliver it in typical Radriar fashion

Here is your request. Enjoy!

Hi. Are you still interested in the colaberation we planed? Becasue if so, the next section is about the Zoragons, and I need your imput AmyTheStray (talk) 07:32, June 20, 2014 (UTC)

Could you do a Zoragons part for Ruins of Accensa? At the moment I think theyre fighting the chaos marines. AmyTheStray (talk) 22:37, June 30, 2014 (UTC)

I became aware of this but I thought of a idea it is simple. The battleship makes a tactical withdraw Clockwork Tactics (talk) 22:50, July 3, 2014 (UTC)

I was writing the next part of the Chasing Shadows RP as we speak. I will be present on the wiki chat soon. Thanks for the information, if you wish for me to keep writing please say, I'm nearly halfway done with it thus far. Sorry to the amount of time it had taken, I was rather busy for the past week. Lucario of the Gods (talk 22:50, July 14, 2014 (UTC)

Yo Doge, I've got good news and bad news. Good news is that Luc said the collab can start again! Bad news is that he requested that someone take his place, as he's starting college soon. I told him that I'd be happy to take his place, but I thought I should run it by you and Supah before anything. Yours truly, -- Ave Dominus Nox! -(Talk |My Sandbox) 23:33, August 14, 2014 (UTC)

Dog, this might sound odd, but are you sure you still want me to add that timeline entry about Uggah Skullsmasha's invasion of Theolessus? I don't mean to sound rude, but the entry seems rather poorly written from what I know about your work(which means it's probably old and outdated), so I wanted to let you know before I did anything, so I could get your thoughts on the matter. LegionXIII (talk) 00:51, August 15, 2014 (UTC)

once again, my apologies for earlier, never meant to start an argument, didn't really mean anything by comments. it's a weakness of mine that I can't really express why I care about things I do(the reason I don't like talking politics)- add that to a habit of shooting my mouth off and acting without thinking first- It's gotten me in trouble. I guess it did again. Now that I've had some time to think I believe I can express it a little better. I respect Scots as survivors and their stubborn refusal to just accept what the world throws at them, especially men like Wallace(I know Braveheart isn't exactly accurate)Rob Roy,Allasdair Macholla and a host of others who just refused to give up. It feels to me like they deserve to do so as a people with complete control over their own fates, not as part of the UK but as their own nation as they once were centuries ago. Perhaps my own biases are showing through and if they are I apologize for that too. You have a different view and that's to be expected. my apologies, I never really thought about the other viewpoints on Scottish Independence. Thank you for encouraging me to think and research before I express my views and for your help in making Petros Alexander a more believable character. I hope for your future guidance --BrowncoatMando (talk) 05:23, November 10, 2014 (UTC)

Hello my dear GM! After a nice old discussion with Cal in chat, we've both found that Chasing Shadows has a lingering problem smouldering in the background; communication. Yes I know this RP has slowly died down in terms of commitment, but I'd like to see it get back up on its feet. Therefore, I'd like to suggest that everyone who is part of the RP make use of your Chasing Shadows blog, found here.

In my eyes it has the perfect setup to discuss ideas for progression and generally what ideas we all have swimming in our minds. Again, the main hurdle in my eyes has always been communication (alongside work ethic, but that can't really be helped), and since chat isn't the most reliable thing for these sorts of projects, I'd like us all to use your blog from now on so this thing doesn't just die like an all too large number of collabs on this site. Cheers, -- Ave Dominus Nox! -(Talk |My Sandbox) 03:17, November 25, 2014 (UTC)